The other day I was investigating on the internet to see if I could find my Grandmothers house, (the one who was a teacher), and surprised myself in a big way.  I found the house and it looks exactly the same.  Even down to the colour of the front woodwork and the black paint on the garage doors.  I can't believe it, it must be 57 years since I last saw it!  I was expecting to see the windows all changed and extensions etc after such a long long time.  But there it was, and I was transfixed just gazing at it.  I had actually begun my search to see if I could trace a pathway I used to ride through the fields when I was ten and allowed sometimes to borrow my Aunt's bicycle.

Can you remember when you were ten and  coasting down a hill on your bike?.... 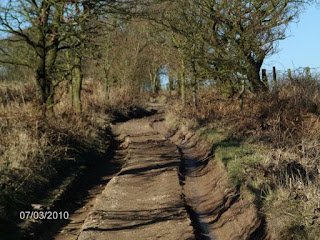 I'm pretty sure this is the track I was looking for.  In the summer those bushes closed over the top and formed a kind of tunnel, mysterious, yet kind of foreboding, exciting.  Trees were festooned with Oak-apples, and the sun would dance about like a flash-light being switched on, then off, off then on, as you whizzed past ever downwards into the increasingly inky black darkness awaiting to engulf you at the bottom. 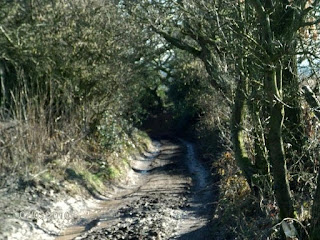 Sometimes at night now when I've gone to bed and lie in the darkness I'm riding the bike again.  But instead of going down the hill path I've taken a right turn, skirting the corn and barley fields, and I've reached the unmanned level-crossing for the goods train.  In the dead of night I used to hear the mournful tooting of the little train as it approached the crossing whenever I stayed with Nannie. STOP.  LOOK.  LISTEN. Warned the black and white sign beside the line, encouraging all to stay alive.  How swiftly I'd run across wondering how it might be possible to miss anything as large and loud on such a straight stretch of line.  But then I'd cycle slowly onward through the sleepy summer afternoon quiet, between hedges where blue butterfly's fluttered and Lords and Ladies nestled in the long grass verge like jewelled fairies,startlingly red, and somehow a kind of hush and stillness descended, when all that could be heard would be the trembling rise of the skylark high up, a black dot amongst the sunny clouds, and the rustling of the leaves, and opening up beside me to the right, there was the farmyard.
A moment.......
An awareness of time-slipping.  The farm dog sleeping in his old kennel, his chain rattling slightly against the wood, all the hens and ducks out together in the yard, lazy clouds of summer grey dust disturbed by their feet.  The farmhouse door stands ajar.  Inside the sound of someone moving, a flash of white and then nothing.  It's as though I have slipped through a hole in time.  Everything around suspended.  A strange ethereal feeling.  Then suddenly the sound of a woman singing.  The notes rising and falling, dancing across the sunlit fields and lanes.

My book is closed;
I read no more,
Watching the fire dance
On the floor.

Singing and singing
A merry air,
Lean out of the window,
Goldenhair.

(Sincere apologies to whomever these photographs belong...The only references I can find is Panoramio, and eddie.g4ppb.
I will remove the said photos immediately if you require me too.  In the meantime, a "Big Thank" you for taking them in the first place and enabling me to return to that precipitous pathway)
Posted by Half-heard in the Stillness at Monday, November 21, 2016 5 comments:

Trouble at the mill!

Sorry to be away so long everyone.. be back really soon.
Posted by Half-heard in the Stillness at Sunday, November 20, 2016 1 comment:

I'm still recovering very slowly and had a back-slide recently.  I suppose it was inevitable really, the nature of M.E. is that in some totally mysterious way your body doesn't seem to re-act immediately to episodes like the appendectomy, but kind of lulls you into a false sense of you having escaped the dratted M.E. symptoms this time.  And along you waltz merrily, doing more than you really should.   Kidding yourself...Ha Ha I've managed to slip through the net.  Then double whammy!  Back it bombs with vengeance, after over 20 years you'd think I'd have learned by now.

But it's reminded me of another escape......

The train stopped.  Halted for some unknown reason.  The other side of the railway tracks a combine- harvester reaps the corn.  Threshing, leaving acres of stubble behind, until only one small square is left to be cut, and at that moment a deep red fox darts out from the last corn square, he's about to be cut through.  Anxious and dashing.  Meanwhile there is a swell of sound.  A swollen gush, billowing down the whole side of the train, like a huge sigh, God-like in it's hugeness.  All those brains and eyes all seeing the same drama played out before us.  It was a moment suspended.  A joining.
We were all as one....and the fox lived to hunt another day. 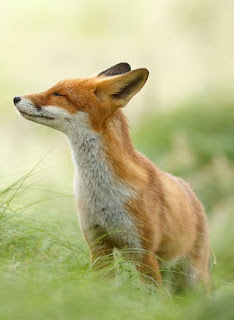 Photo:  Naturesdoorways.tumblr.com
Posted by Half-heard in the Stillness at Saturday, August 06, 2016 7 comments:

Wow that was long time away....!
I have a good reason though, I suddenly had to have my appendix out, and I've been recovering
v......e...r....yyyyy slowly unfortunately.   It does seem to take a lot longer to recover from anything when you have M.E.  The disappointing thing is that I actually came though the operation and just after really well and was discharged home after only two days, my G.P. couldn't believe how good I seemed and when I walked past him he said,"My word you're walking like a teenager!"  But it's gone downhill steadily since then, and last week I did my back in as well.  Ah well, C'est la vie!
Just thought I'd let you all in on where I've been all that time, and hope to be back blogging again very soon. 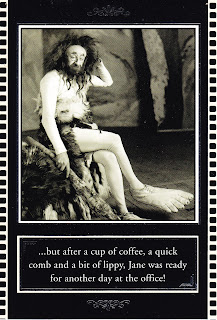 Dust.  Dust lingers everywhere in our house.  I keep thinking shortly I will resemble Miss Havisham in Great Expectations.  However I'm not dressed in an aging mildewed wedding-dress, neither do I have an decaying wedding-cake on the dining table, but cobwebs abound however.  Funnily enough I've read Great Expectations more than a few times.  In my growing-up it seemed to follow me.  At the age of ten it was the first Charles Dickens novel we read in class in our last year at Primary school, it was exciting and spooky; I was there in the Kentish graveyard with orphaned Pip and Magwitch the scary, scary convict. We read on,each picturing the grim and dilapidated ruins of Satis House and the ghostly visage of Miss Havisham, bitter almost to the last, cruelly taunting Pip to fall in love with Estelle.  A Gothic novel of twists and turns, peppered with those marvelous names Dickens was a master at inventing.  Mr Jaggers the lawyer, Bentley Drummie, Pip's rival in love,Startop, Dolge Orlick and the churlish Compeyson, Magwitch's nemisis. I took it all in and loved it.  However upon reaching High school what should be the set book for the next three years... you guessed it, Great Expectations and they even screened the film to us all as an end of school treat at the end of third year.  Fourth year loomed and we had to choose Options, I chose English Literature, and what do you think was the set book?
Aggh! By this time I was well over it.  You'd have thought I would have passed with flying colours.  I ought to have been able to ramble verbatim practically, not so, on reflection I think only two of us from a class of thirty-two scraped through.  I wonder what went wrong?  We were probably just so sick of it that we'd long ago switched off, preferring to focus on the latest Jilly Cooper novel or Lord of the Flies.  Actually I understand Lord of the Flies has actually been a set book on the curriculum in some schools these days.  How times change? 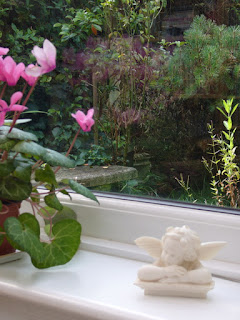 Posted by Half-heard in the Stillness at Thursday, January 28, 2016 8 comments: 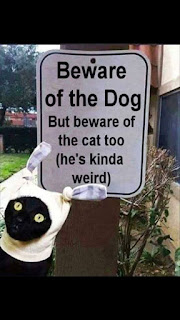 Happy New Year all my blogging-friends.......
Thought we all might be in need of a laugh!

Posted by Half-heard in the Stillness at Sunday, January 10, 2016 7 comments: